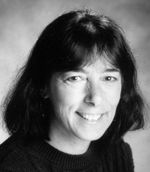 Cantor and Rabbi Judith Seid is a graduate of the International Institute for Secular Humanistic Judaism and holds a masters degree in Jewish Communal Studies from Hebrew Union College. A graduate of the Secular Shule movement, she taught in and directed several Secular Jewish supplemental schools and directed the Ann Arbor Jewish Cultural Society for many years.  She founded the Baltimore Jewish Cultural Chavurah in 1998 and Tri-Valley Cultural Jews in Northern California in 2005.  She is also the author of We Rejoice in Our Heritage: Home Rituals for Secular and Humanistic Jews, the editor of Understanding Secular Humanistic Judaism, and the creative editor of Kumzits! A Festivity of Instant Jewish Songs.  She is the parent of three fourth-generation secularists.

She likes to sing, would rather dance than eat, and thinks e-mail is the best invention since hot running water.  She also laughs more than is strictly necessary.